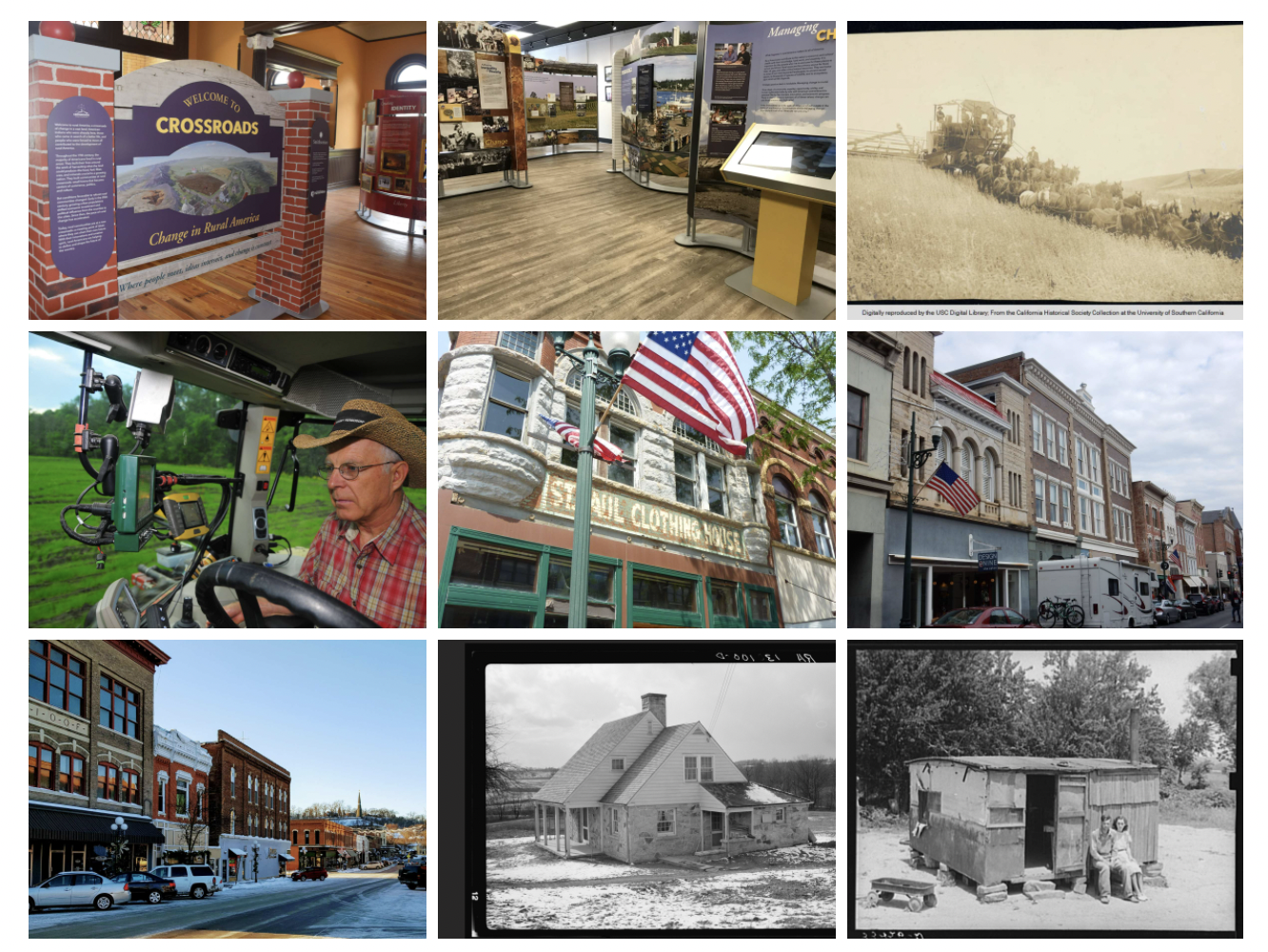 The NIC’s next exhibition opening reception will be on February 24th at 5 PM in conjunction with the Casper College 2022 Humanities Festival. Crossroads: Change in Rural America offers small towns a chance to look at their own paths to highlight the changes that affected their fortunes over the past century. The exhibition will prompt discussions about what happened when America’s rural population became a minority of the country’s population and the ripple effects that occurred.