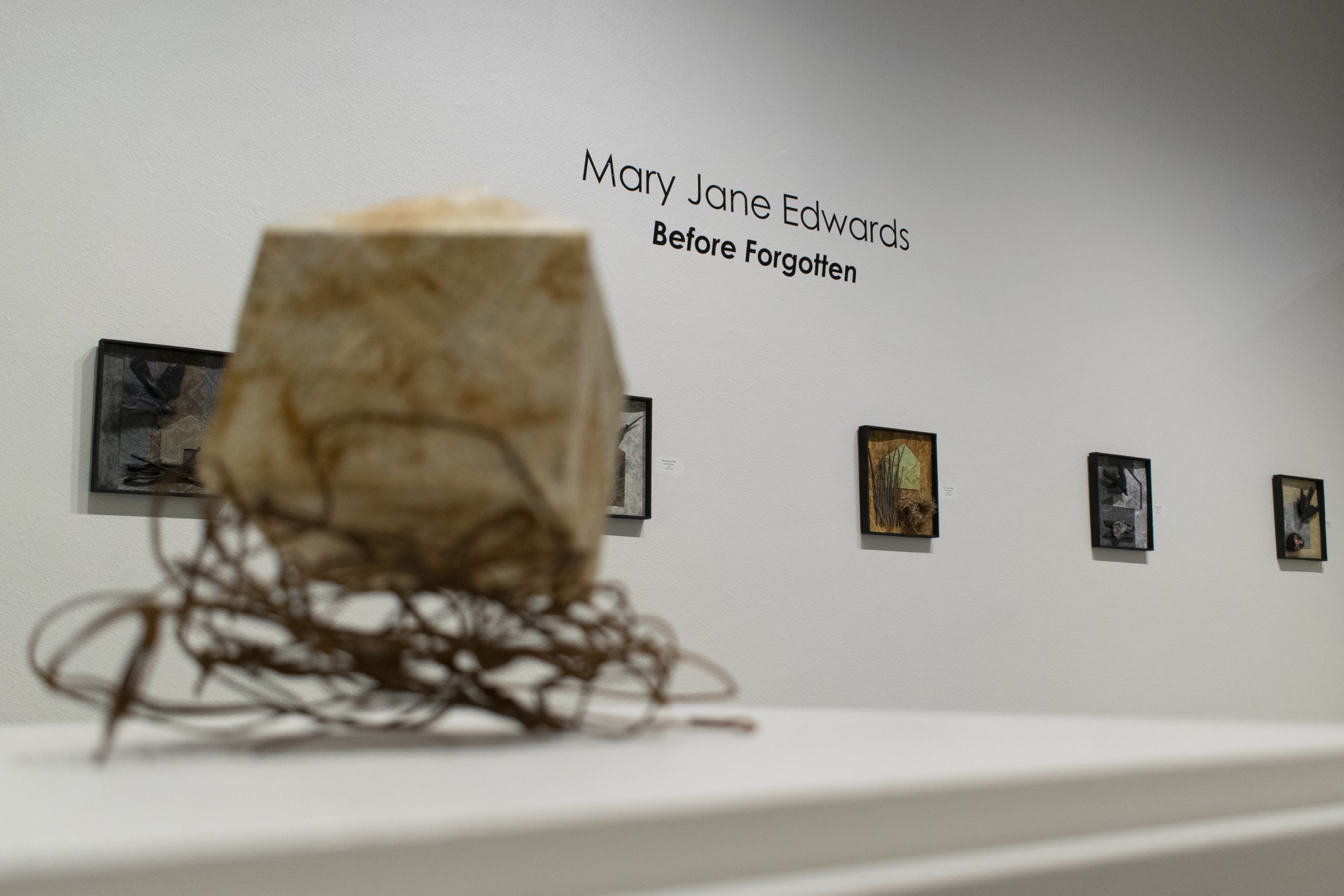 Executive Director of the Jentel Foundation in Banner, Wyoming, Mary Jane Edwards is the former department head and a Professor of Art Emerita at the University of Wyoming in Laramie.

As an officer and board member, she has supported arts and advocacy organizations such as the National Council on Education for the Ceramic Arts, the American Craft Council, the National Association of Arts Administrators, and the National Campaign for Freedom of Expression. As a studio artist, she has exhibited nationally and internationally, received institutional grants, awarded residencies, and presented workshops and lectures.

Homeland Security. “…to ensure a homeland that is resilient against terrorism and other hazards where American interests, aspirations, and ways of life can thrive….” McElreath, David et al, Introduction to Homeland Security (2nd ed.). Boca Raton, Florida: CRC Press. p. 10.

THINGS TO THINK ABOUT
Are all the threats external?
What forces challenge and erode our sense of safety?
What internal factors undermine our feelings of security?

FROM THE ARTIST
As a college student, I remember my friends enlisting, being drafted, filing as conscientious objectors, burning their draft cards, fleeing to Canada, or studiously keeping their grades up to avoid the draft. I also remember the protests, peace songs, and demonstrations that turned into riots and senseless lost lives on a college campus. I tragically remember the returning GIs, who were denied a hero’s welcome and gratitude for their service. It was a time of turbulence and change.

After three decades of peace, I see men and women enlist out of a tradition in their families, out of patriotism and love of country or sometimes to secure training and employment no longer available in the shrinking agricultural communities of the Midwest and within the inner city poverty found across the country. As troops deploy to countries I know only from maps and reports in the media, I join other travelers in an Atlanta airport terminal, as we all stand and applaud them on their way. Now when soldiers return, strangers approach and thank them for their service, their sacrifice. They return as heroes and seek out the welcoming arms of their families and loved ones.

Fear of communism in distant lands is no longer the menacing motive for men to take up arms. The reality of terrorism now has visited our shores, toppled our buildings and invaded our psyche. Human bombs walk into crowds, drive into buildings, fly into towers. We are still reeling from past newscasts of horror when the next day over morning coffee brings reports of another act of terrorism sponsored by this or that group.

Shoe-less and stripped down to body covering basics, we are examined and patted down, luggage screened, yogurt removed, tickets, and Photo IDs check again and again along the way. I have friends who heard the police sirens and who were a few blocks from the bombings in Paris. I have walked past the embassy in Nairobi that was bombed. I made a sad pilgrimage to pay my respects after 9/11. 911, the emergency telephone number for help? The irony does not escape me.

Retrieving a flat cutout of a house I used in a number of ceramic and mixed media sculptures in the past, I started a new body of work with a series of three-dimensional house forms. Thinking that I would explore ideas about the relationship between a human home and a home from nature, I created nests. As I collected and assembled found and manufactured items, the nests looked more like funeral pyres and towers.

Was my subliminal concern about the abrupt invasion of my sense of peace and security creeping into my work? Was my concern about mortality made even more obtrusive by the daily awareness that innocent bystanders, everyday civilians, families and children were dying in a war waged person by person in their neighborhood, their school, on their way to work or on their way to pray in countries where I had traveled, where I had friends, where I now may no longer travel?