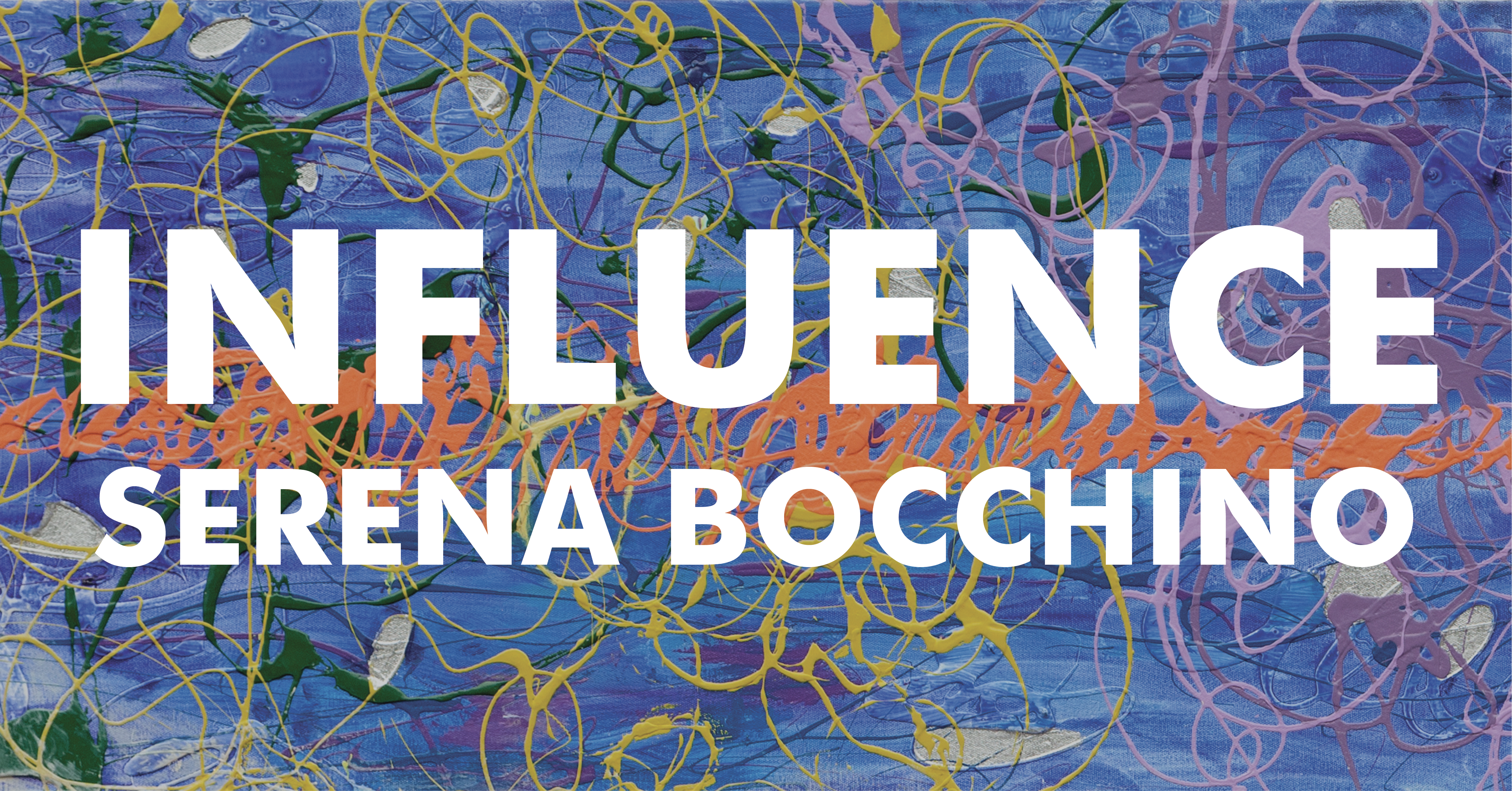 Bocchino’s career has spanned over thirty years and she has influenced many artists as they have developed their own voice in the visual arts. Her international exhibitions and her teaching of both adults and children have created a larger audience for her work and she has continued to grow a following throughout the United States. Bocchino works in “series”, whereas she begins with an idea that uses composition, line, color, and the fundamental methods of abstraction in order to expand the concept.   As each concept develops, she continues to investigate these ideas through painting, drawing, and sculpture until the idea is thoroughly exhausted. This practice usually maintains years of investigation until the ideas move into another area that she finds interesting and challenging.  For Serena, this is a natural progression of creativity that she maintains as her studio practice. Her work influences colleagues and students alike, as she exhibits her work and discusses her ideas on public platforms and articles of discourse.

You can learn more about Serena at serenabocchino.com

INFLUENCE: Serena Bocchino, is a survey exhibition, presenting paintings and sculptures by Serena Bocchino from 2011-2021. The exhibition includes seven series that she has developed over the past ten years. The common thread of all seven series is primarily the investigation of the visual interpretation of music and movement through her personal color palette and her unique “pour” method of painting. The sculptures, which often utilize wire, paint, clay, and acrylic shapes, are included in this exhibition and are often referred to as “drawings in space”. Through the variety of materials and methodologies, which Bocchino investigates she demonstrates her interest in inspiring a variety of future generations. The organic growth of one series morphing into the next expands her visual vocabulary and breaks barriers of preconceived notions of art-making. Part of Bocchino’s intention is to encourage artists to investigate materials and concepts within their practice in order to widen their own visual languages. The HEROES: Women Artists Who Influence and Inspire included within the INFLUENCE exhibition, reveals the many artists who have done just that in her studio practice. Bocchino pays it forward with this exhibition hoping to influence and inspire other artists to widen his or her visual languages and fearlessly create work that excites and inspires everyone who comes into contact with it!

Thank you to our sponsors for this exhibit: