Larry Sissy Goodwin, The Fabric of His Life This exhibit will honor the late Sissy Goodwin, a Vietnam veteran and retired educator from Douglas, who caught national attention for his admiration of wearing dresses.

“I am so pleased that the Nicolaysen has chosen to honor Sissy and his life’s work,” Vickie Goodwin, Sissy’s wife of 51 years, said. “I’m most excited about the opportunity for people to get to know the man that he was. I hope everyone will walk away with a sense of joy knowing that each of us can be our true selves.”

The exhibit will feature more than dresses, but Goodwin’s legacy of his pursuit in building a peaceful world where everyone can live their genuine, authentic selves.

“Sissy made a positive difference wherever he went. He made the world a better place for people in his hometown and people half a world away,” Goodwin said.

The community will have an opportunity to address an individual that in the past has had a polarizing role in hopes that understanding will bring us a kinder future.

“‘Sissy” is the first pejorative many gay boys of my generation probably heard, and it stung,” Gregory Hinton, Playwright, Historian, and Producer, Out West said.

Hinton is the author of the play inspired by Sissy Goodwin’s life, A Sissy in Wyoming, which was first ready by Hinton at the 2021 Kennedy Center American College Theatre Festival.

“The journey of the Cowboy State’s Larry “Sissy” Goodwin is a triumph of will, a cry for courage, and a remarkable love story spanning fifty years. With bias-motivated assaults against the Trans community at epidemic levels, the Nic is to be commended for honoring “Sissy” during National LGBT History Month.”

The exhibition has received several donations, which have assisted in completing The Fabric of His Life, Larry Sissy Goodwin.

“This past year has been a great challenge to raise funds for the museum. I am grateful for the sponsorships and contributions to make this exhibit a reality,” Andy Couch, Executive Director of the Nicolaysen Art Museum, said. “Thank you for your generosity and support—Vickie Goodwin, Dan Grace, Alice Vollman, Jay and Linda Cole-Butler, Robert Edgerly and Robert B. Warburton, and Linda Dixon.”

Vickie hopes that this exhibit will give the community a view into Sissy’s life and an understanding of how everyone can make a positive impact in the world.

“What I’d like to see visitors experience from this exhibit about Sissy is to get to know the vibrant person he was and the knowledge that acceptance can make the world a better place. I hope that viewers will begin to understand that all of us can be better, that we can change the world each in our own way.”

Thank you to our sponsors!

Also we would like to thank the Ramkota Hotel & Conference Center of Casper for support of this exhibit. 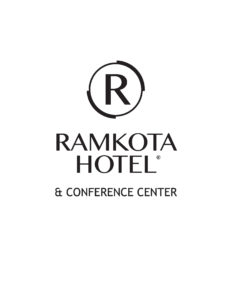