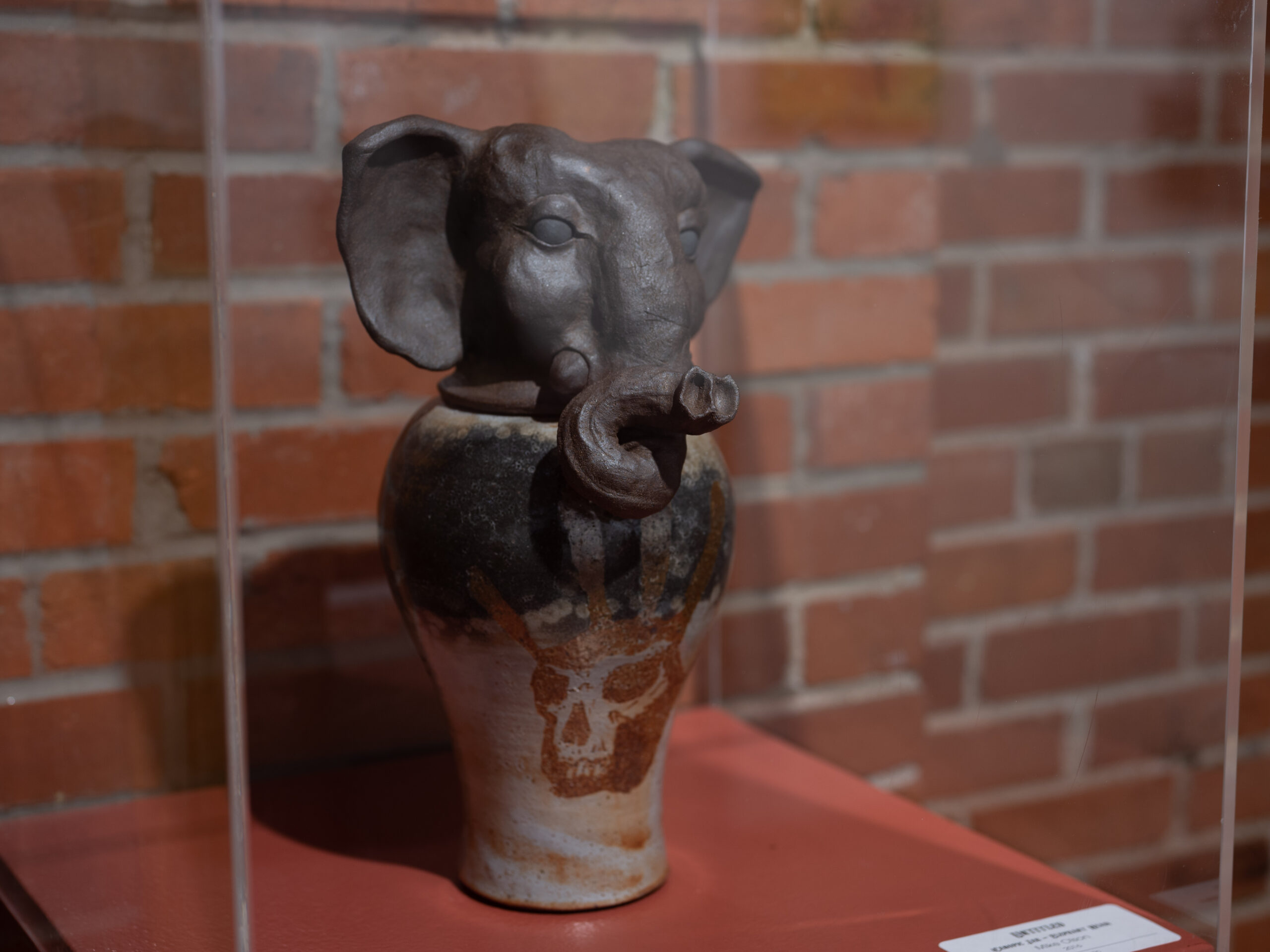 noun: A menagerie is a collection of captive animals, frequently exotic, kept for display; or the place where such a collection is kept, a precursor to the modern zoological garden.

Among the over 8,000 pieces in The Nicolaysen Art Museum’s permanent collection, there are a wide variety of artworks inspired by animals. Please enter our menagerie and enjoy both two-dimensional and three-dimensional works of domestic and exotic animals produced in nearly every medium. From art about rural life and urban growth, to myths and legends, animals have been a source of inspiration for many artists. Art can help us explore our relationship to wildlife and can help us think about how we care for animals and the environment.

The art found in this gallery is figurative. Figurative art describes artwork that is clearly derived from real object sources and so is, by definition, representational. In the Western imagination, ancient cave paintings tend to conjure images of Lascaux, the cave complex in southwestern France that is famous for its exceptionally detailed depictions of humans and animals. The Lascaux paintings, however, are a mere 17,000 years old. The oldest known examples of figurative art, or imagery that shows more than just abstractions, occur in Southeast Asia. Now a painting of pigs discovered in a cave in Indonesia sets a new record for the earliest figurative art—at least 45,500 years old—according to research published on January 13, 2021 in Science Advances.