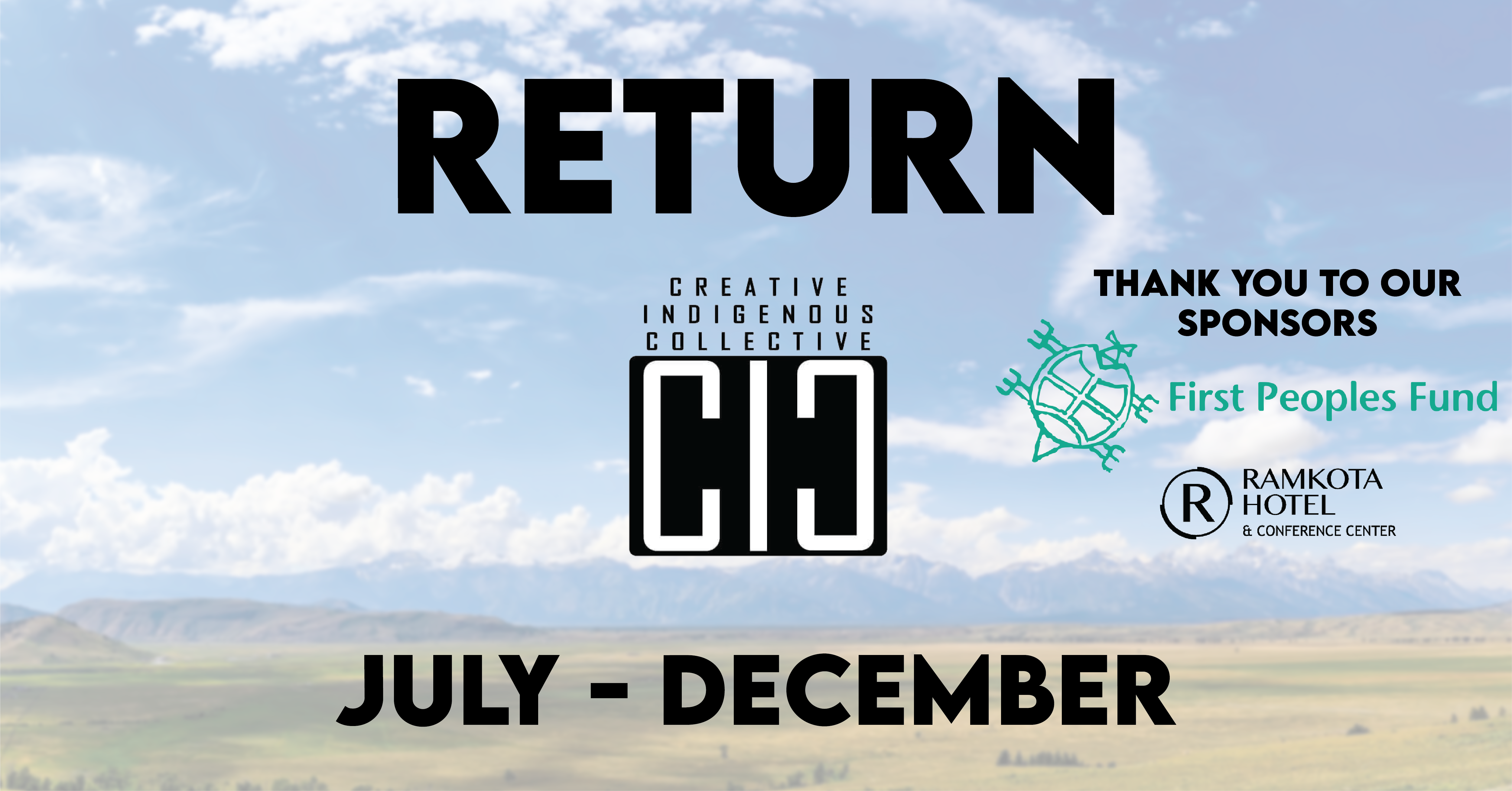 Robert Martinez – Robert Martinez was born in Wyoming on the Wind River Reservation in the small city of Riverton. He grew up a part of many different cultures as his lineage is Spanish, Mexican, Scotts Irish, French Canadian and Northern Arapaho. He graduated Riverton High School at 17 and through a scholarship, attended the Rocky Mountain College of Art & Design. He graduated with a Bachelor of Fine Arts specializing in Painting & Drawing and minoring in sculpture, in 3 years and at age 19, becoming the Youngest Native American to graduate from RMCAD at that time.

As he was brought up in the center of the reservation, his native heritage remains a constant inspiration and source of ideas for his work. Living in among the hard-working people of the West and experiencing their issues also deeply influence his creations. The past and present often resonate strongly in Wyoming and those historical and
contemporary chords echo throughout his work.

Louis Still Smoking – “I want to move people; have a voice in the world. If you move people you are doing your job as an artist” Born and raised in Browning Montana on the Blackfeet Reservation. Art is in his veins. Inspired by other family members who were talented he found art to be therapeutic and started drawing and painting of a young age. Growing up in a small community allowed him to focus on his ability to use a pencil and paintbrush. Louis finds all medias equally important opportunities to express art to the world through his eyes. He likes to take on a challenge and put everything into his work. He graduated from Flandreau Indian School in Flandreau South Dakota in 1998. Louis worked as a stone sculptor for 11 years and then decided to go back to college and further his studies in art. With a sculptural mind he has found that his painting and drawing skill needed further development so he took on an emphasis in painting.

Louis’ artwork is influenced by the Impressionists, Lucian Freud, research on the history of the AIM movement, and he finds it inspiring because what they accomplished based on wanting to make a difference. Louis’s work is always evolving and growing, “I try to convey a message that is relevant to all native peoples, whether that be social or political my work expresses my own personal beliefs and struggles as a modern Native American

Holly Young – Holly was raised by my grandmother in a rural area of the Standing Rock Reservation in North Dakota. She lived in a small house, seven miles from town on a few acres of land. Today, I understand how being so close to the land in my childhood has influenced my art; the memories of plants and flowers, our relationship with the land, and the healing properties that come from those.

As a Dakota artist, my work embodies the love, patience, resiliency and beauty of my ancestors’ legacies and the land that has provided since time immemorial. I use the traditional styles of Dakota beadwork, quillwork, and ledger art to be a seed from which my vision grows.

Ben Pease – Born in 1989 in Missoula, MT. Pease comes from the Valley of the Chiefs District on the Crow Indian Reservation grew up in Lodge Grass, MT. He is a member of the Big Lodge Clan and a child-of-Big Lodge. Ben is also a Night Hawks Dance Society member, Sweat-Lodge ceremony owner, ancestral medicine paint owner, Sundance sponsor, Sundancer, War-Dancer, and 3-time leader of the Dance of Seasons. He graduated from Hardin High School and subsequently attended Minot State University on a football scholarship and the Twyman Art Scholarship. At MSU, he studied under Walter Piehl, a protege of world-renowned artist Fritz Scholder. After meeting his Wife at Minot State University and having their first son, Ben and his family moved to Bozeman, MT. Pease continued his pursuit of art & creativity at Montana State University, where he studied under Rollin Beamish & Sara Mast. Since then, Ben’s work has gained international acclaim and national awards.

John Pepion – John is a Plains Indian graphic artist from the Piikani Band of the Blackfoot Confederacy. He is based out of the Blackfeet reservation in north-central Montana, where the Rocky Mountains meet the plains. He is best known for his ledger art, which is an art tradition that developed in Plains tribes: as the buffalo hide that was traditionally used for painting became scarce, Plains people were forced to adapt by making artwork on ledger paper from accounting books. John comes from a family of artists, and ledger art has been in his family for hundreds of years.